I’m on my way to PAX East 2014 with a three of my friends, about to ride the Metal Gear Line to Boston. The 19-hour train ride each way is basically a mini-convention full of gamers that are also going to PAX East. I’ll be using my normally-inactive Twitter to arrange meet-ups with friends, and I’ll be keeping tabs on Facebook and #pax IRC too. For those of you that are headed to PAX East, let’s meet up and play some games! If you’re not going to PAX East, why not? It’s 60,000 people meeting up and playing games. What’s not to like? I’ll post some pictures at the end. 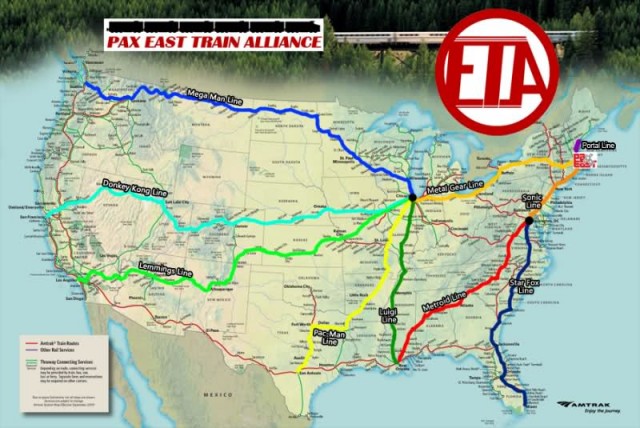