Rockman 4 Minus Infinity isn’t just the best romhack ever made. It’s superior to the NES Mega Man games in every way. Puresabe just released v1.00 a few days ago, and what it does to Mega Man 4 is ridiculous. This features redesigned stages, bosses, and weapons, tons of new music, autosaves, 8-way scrolling, difficulty options, a time attack, and multiple boss rush modes, and that’s just the start. JDetan and I call this the real Mega Man 4, and the other one just a beta. 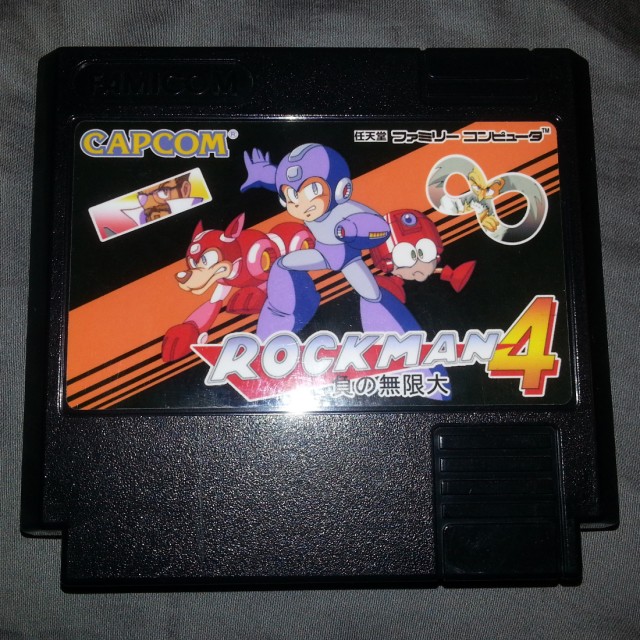 Source: https://sites.google.com/site/rockman4mi/ via JDetan; https://www.youtube.com/watch?v=3pEt_A_13es via browsing YouTube for a R4MI video that fights two secret bosses, even though it’s an old version; also my photo of the R4MI repro cart that I bought from Warp Zone